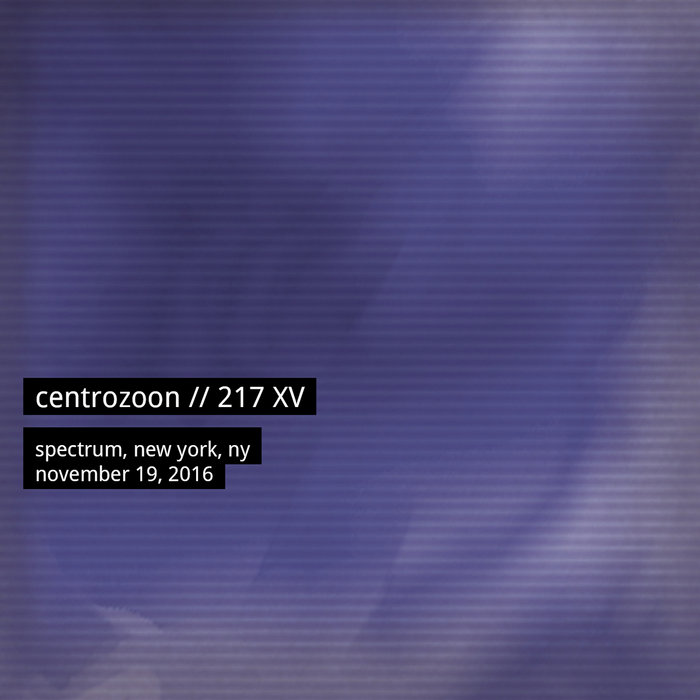 This was our last show of the tour with Nocturne Blue; Spectrum is an inspiring space for creation/performance, a venue I’ve been to quite a few times with Markus and Bernhard separately during their respective solo tours. Tonight, however, I had a personal commitment which would keep me from this show (the only one I missed!), so I called upon my “brother-from-another-mother” Darren Hodroski to handle the logistical/managerial tasks in my absence, Darren being the only person I trust to pull this off. So, since I wasn’t there, it’s only fitting for Darren to write about tonight’s experience…

George dropped Markus and Bernhard at my place right on time. After a quick introduction to Bernhard (I’d met Markus on a few previous occasions), I got my instructions for the night and we were off to Manhattan. The trip was smooth and uneventful, even though the boys passed on the half melted chocolates available in a cheap no-frills gas station, we were no worse for wear and persevered on.

Spectrum is an intimate venue on Manhattan’s Lower East Side and not entirely easy to find even when you arrive at the address. Luckily Markus knew the exact doorbell to ring to gain access. Load in and set up was quick and painless. After meeting Dutch and Jeni Rall of Nocturne Blue, I quickly was being referred to as George 2.0 or George Lite.

centrozoon’s set was tight, musically fascinating and visually stunning. Nocturne Blue followed and provided a fitting end to a musical journey that lasted just a couple of hours.

After load out and some quick conversation with fans, we were back in the car and headed back to NJ. I showed off my German language prowess by picking out “mousepad” in a conversation between Markus and Bernhard. We encountered some heavy snow during the ride and by the time we met an eagerly awaiting George in my driveway about an hour later, there was about 2 inches of accumulation. Ah, the Northeast United States in November, just when you think it’s going smooth, you never know what to expect!

Mixed and mastered by Markus Reuter using a Moon by Simaudio Neo 230HAD headphone amp/DAC, July 2017.