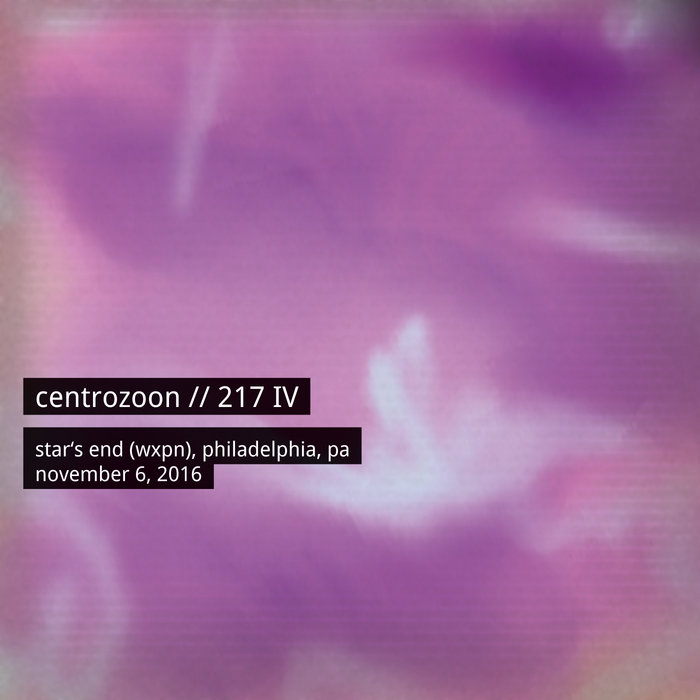 After the Chez Thomas show in Mt. Laurel NJ, we headed across the Delaware River to perform on WXPN's late-Saturday-night/early-Sunday-morning radio show Star's End, hosted by our good friend Chuck Van Zyl.

I remember when I first approached Chuck about centrozoon playing Star's End on this tour...August 2016, Markus (solo) played The Rotunda, here in Philly, with Nocturne Blue and Elliott Sharp...Chuck was in the audience...now, Chuck thinks centrozoon is usually a little "too out there", however I know he's a fan of the first centrozoon album, "Blast", as he wrote a beautiful review of it when it was released many years ago. After the show, amidst the chaos of breaking down and packing up gear, I had to really sell it and convince him that the upcoming tour was revisiting the "Blast" era, and that centrozoon's Star's End performance would be appropriate for his audience :-)

Many thanks to all of our friends who tuned in to listen! Thanks to Jeff Towne, Rich Stankiewicz, and a HUGE thank you to our friend Chuck Van Zyl for your hospitality and for hosting such an outstanding evening (er...morning?)!

Well...we've been up for almost 24 hours and did two shows...next stop is WLFR on Tuesday, so we'll sleep till then...

Mixed and mastered by Markus Reuter using a Moon by Simaudio Neo 230HAD headphone amp/DAC, January 2018.

Special thanks to Chuck Van Zyl