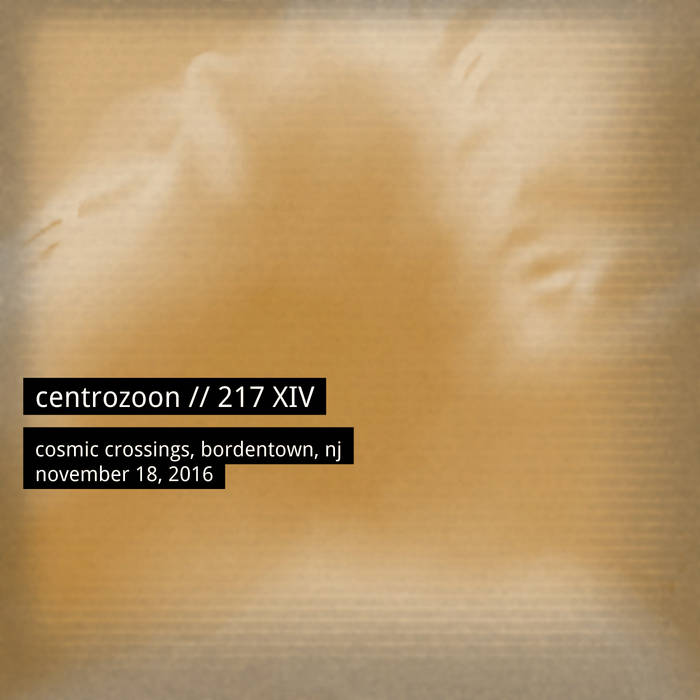 At some point in 2016, I remember having a conversation with our friend Mike Hunter (host of WPRB's "Music With Space") about an electronic/ambient music concert series he and some friends were putting together, The Cosmic Crossings Concert Series (www.cosmiccrossings.org). I was very excited to hear about this and immediately started talking about the possibility of centrozoon playing one of these shows in the future.

Not a whole lot of "wiggle" room in booking this tour (17 shows in 20 days); the larger venue (shows for this concert series are held at two different venues in central NJ) was unavailable the only night we were, so we played the smaller venue.

centrozoon gave another stunning performance (as is evident by this recording) with mesmerizing visuals by Dutch Rall. Many friends in attendance, some of whom traveled a long way to be here. Afterward the entire entourage went out to a local Greek diner for some dinner and a "nightcap". And on a purely selfish note: I love a show that's only 40 minutes from home ;-)

Mixed and mastered by Markus Reuter using a Moon by Simaudio Neo 230HAD headphone amp/DAC, September 2017.